Do you know who is the greatest man of all ages? Among women, it is Virgin Mary the Mother of God. Among men it is Saint John the Baptist. He is so great that Christ himself praised him! He is the greatest prophet, the one who pointed to Christ with his hand and was worthy of baptizing Him in the Jordan River. He is the greatest hermit, having lived for many years in the desert with strict fasting and prayer. He had such an ascetic life that he is presented as an angel in the icons. 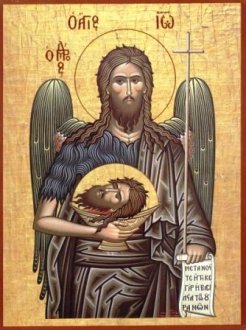 This great man lost his life - not just died but he had a horrible martyrdom - because of a dance. You all know Herod, the king, who slaughtered the infants of Bethlehem, because he feared the newborn Jesus. This Herod had a son who, after his father’s death, became a King and was called Herod the tetrarch.
The new king was not at all a good example for his people. His life was covered in sin and immorality. He had even taken his brother’s wife, named Herodias. This was too immoral and illegal! But no one dared to speak to the king about this dishonesty. Everyone wanted to be on good terms with him. All? Only one dared to raise his voice without fear. And this was John the Baptist. "King," he told him, "it is not lawful for you to have her!"
And what did the king do? Did he realize his mistake? Did he regret it? No! Instead, he sent soldiers to arrest John and threw him into a dark prison. He would also wish to kill him, but he was afraid that the people who loved John, might revolt against him. So, in the prison of Machairous, the most courageous, holy person was rotting away.
But even from prison John did not stop criticizing the immoral Herod: "King! You are not allowed to do what you do". Herodias, his illegitimate wife, however, was disturbed by John’s criticism more than Herod himself. She could not bear to hear the voice of John the Baptist. She wanted to get him out of the way. How dare he speak such words about the royal couple! So, she was looking for an opportunity to get rid of him and the opportunity soon appeared.
On the day Herod had his birthday, he invited all the officials of the area for a feast. So, when everyone had started getting drunk, they were left speechless by an impressive spectacle: A young girl, Salome, showed up. She was the daughter of Herodias. She was provocatively dressed, loaded with jewelry and excessive make-up. But, she did not go to give wishes to King Herod. Instead, she started dancing in a very sinful way.
But the half-drunk Herod, instead of being ashamed, was proud of her. As soon as the dance was over, blinded by drunkenness, he called her close to him and said: "Ask me what you wish! I will give you up to half of my kingdom!".
What should Salome ask for? She ran and asked her mother, the wicked Herodias. Here was the opportunity she was waiting for! There was no need for her to think much about it. She advised her daughter “You will ask for John's head on a platter”! Salome without wasting a moment ran into the dining hall and, while the food was being served to the guests, she asked for John's head on a platter!
Did the king hear well? Did she ask for John's head? Yes! Herod, as he had sworn in front of his guests that he would give Salome whatever she would ask for, gave the order. Ηe sent his soldier to behead John in the prison. Since then, king Herod had not been able to calm down. Saint John was no longer alive but his name created remorse and fear to the King. He feared that one day he would be resurrected and avenge his death.
In Orthodox Church there is a period called "Triodion". During this period, the Church invites us to prepare ourselves with prayer and fasting to welcome the great days of the Passion and the Resurrection of our Lord Jesus Christ. On the contrary, what do many people do these days? They go to parties and feasts. Various clubs, associations and schools organize their annual dance during this period. In many cities, during these days of the Triodion, the carnival is celebrated with various events and parades of the masked people.
a. In the dances that take place during this period, people are used to masquerading. Masquerade parties are held. And what is wrong with that? This custom starts from an infamous pagan custom. The history of masquerade has its roots in ancient times, when people worshiped the god Dionysus with drunkenness and masquerading. Hiding behind a mask, they could commit any sin they would otherwise be ashamed to commit.
b. The beautiful traditional dances of our homeland have grace and heroic national pride. Do they dance thus at masquerade parties? Unfortunately, no! Other dances that are foreign, furious and provocative. Some of them reminds us of Salome’s dancing! You get used to them, of course, because you watch them on screens. But, what we watch on TV is not always right and moral.
c. When people get drunk, they do not know what they are doing. They usually do things they later regret. All their sinful desires awaken in their drunkenness and they are unable to resist. They willingly give in to what is wicked and sinful. Remember Herod! He did not hesitate, drunk as he was, to hand over, to that corrupt girl, the head of the greatest Saint on a platter!
It is helpful to know all these, now that you are still young, so that as you grow older you can keep yourselves safe. Christ wants his children to rejoice, but with genuine joy! And there are, indeed, so many ways to have fun and rejoice in the pure, true joy of our Christ! Remember our summer camp: games, dances, great fun, endless joy... In this way, "entertainment" guides our soul in a correct path and raises it higher and higher!
Please Lord, give me strength to resist to any kind of fun that is sinful.

Περισσότερα σε αυτή την κατηγορία: « SONG THE RESURRECTION OF THE DAUGHTER OF JAIRUS » 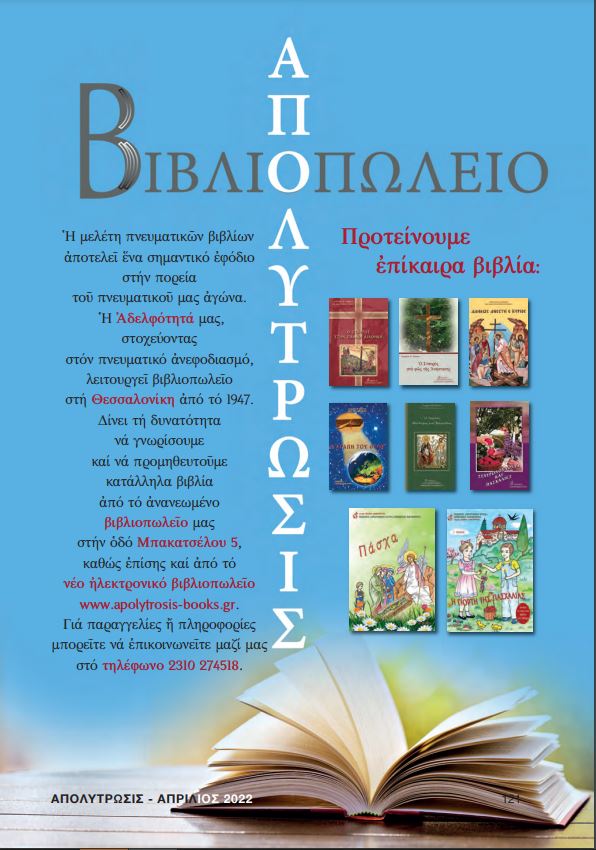